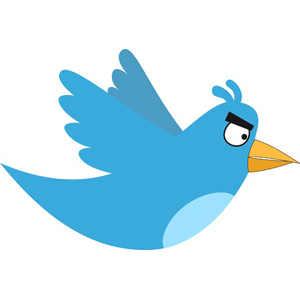 Businesses make the decision to employ social media in their marketing efforts for a variety of reasons. It is is great for engaging customers and letting them know about products, services or about the company itself. It helps customers connect with the company and identify with the brand. It is also often used as a tool for responding to customer services issues such as complaints and compliments. Social media can attract new customers and make existing customers feel like part of the family.  Customers use social media and because of that, PR mishaps are certain to happen which is why it is important that companies have a damage control policy as part of their digital marketing strategy.

Maybe an unhappy customer will launch a complaint campaign against the company or perhaps the company is getting blasted on Twitter for a PR problem such as a recall or an inappropriate statement made by a CEO. Of the two social media giants, Facebook and Twitter, it seems that Twitter is where some of the most impressive social media faux pas occur. Whatever the case, every company that uses social media should have a damage control strategy in place – both proactive and reactive. When putting together your own digital marketing strategy, take these lessons to heart.

Give Your Brand a Personality

The Hard Rock Hotel in Chicago has a killer social media campaign. They let their quirky personality shine through, giving the brand a life and personality all its own. They use humor and offbeat views to engage customers and get them talking. This humor and quirkiness is used whether they are responding to a customer complaint or being complimented. Find your brand’s personality and use it in your social media marketing.

You won’t know what people are saying about you or your company if you don’t look. Conducting daily searches of your hashtags, company name and other terms connected to your business will help you keep ahead of the game. You can address issues before they blow up out of control and you can create repeat customers by reaching out to respond to positive comments. Search keywords that are connected to your business, product or service so that you can respond to those posts as well, offering specials or deals.

Posting daily is a best practice. Set up a schedule and assign different days to certain types of posts. Montgomery County Maryland has a great schedule for their tourism section. Certain days are devoted to trivia, others a photo and others promote an upcoming event. By having a set schedule they can create the posts several weeks ahead of time and post them each day.

Respond to Customers – Both Compliments and Complaints

You will have unhappy customers; it is inevitable. What you don’t want are unhappy customers who take to Twitter to express their discontent. But that is bound to happen as well. Different companies have different parameters in place for responding to complaint tweets. Some won’t respond if the complainer has fewer than, say 1,000 followers. Others gauge the level or severity of the complaint to determine what is response-worthy and what should be ignored.

Hard Rock Hotel in Chicago responds to most of their complaints. In fact, they go looking for them! They use that quirky humor that is their brand personality and often the General Manager is the one to respond. The customers see that the company cares, plus they get a chuckle from the witty responses. Typically they respond and offer to take the discussion to email.

Auto bots may seem like a great money saving, time saving idea, but Bank of America has shown us that live is better – way better. In July 2013, someone posted that they had been chalking the sidewalk in front of Bank of America and were chased off by the police. In the post they used BOA’s Twitter handle. When the BOA bot got ahold of it, disaster ensued.

People were discussing the chalking and activity while the bot was trying to solve everyone’s account issues. Many of the tweeters had a good laugh over it, but it made BOA look quite foolish. What’s worse, they denied using bots although one look at the very long thread and it is easy to see that either BOA was using bots or their customer service reps are completely incompetent.

Lesson learned, forego the bots and bring the human touch to your social media.

When things go wrong: Face It, Apologize, Move On

Damage control is a necessary evil. You cannot avoid it. But you can minimize the fallout by having a plan in place and acting graciously when something happens that puts your business in a less than favorable light. Whatever you do when things go awry, remember to do these three little things: face the issue, apologize for it and move on. Don’t get tangled in a tit for tat argument, don’t go through lengthy explanations (save those for the press release) and don’t make excuses.

Just face the issue head on, say that you are sorry and move on by doing something to show that you are moving past the problem. Send the customer a voucher for a free product, do something positive for the community, anything to show you moving in a forward motion.

You will need damage control at some point, everyone does. But if you play it smart, you will survive it. Keep it human, stay ahead of the issue and don't make excuses. Face it, apologize and keep moving forward. 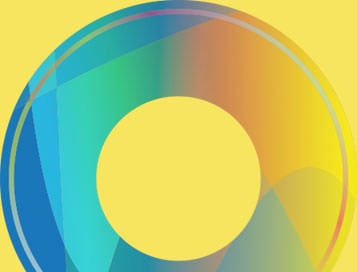